Good fruits and other vegetables to try feeding are apples, pears, grapes, blueberries, strawberries, raspberries, blackberries, cherries, mangos, bananas, zucchini, squash, carrots, sweet potato, and pea pods. Spinach, beets, rhubarb, broccoli, cauliflower and kale should only be fed occasionally or avoided altogether because they contain large amounts of oxalic acids or iodine binders which limit the amount of calcium that a turtle can use. Some box turtles may refuse to eat leafy greens, which is fine, provided that their diet is varied and supplemented correctly.

It’s important to chop up the fruits and vegetables well before offering them to a turtle. Box turtles often develop strong preferences for certain food items and may avoid eating the ones that they don’t like if the salad isn’t chopped and mixed together. Feeding only one or two types of vegetables or fruits, or only a box turtle’s favorite food, will inevitably lead to nutritional deficiencies or imbalances.
Animal based foods can consist mostly of live invertebrates like crickets, earth worms, night crawlers, wax worms, super worms, silk worms, horn worms, and meal worms. Out of that list, crickets should be fed more often than other feeder insects.

Occasionally, box turtles can be offered small pre-killed pinky or fuzzy mice or boiled chicken. Low-fat canned dog or cat food mixed with a high quality vitamin and calcium supplement can be fed once every few weeks in addition to live invertebrates and occasional mice or poultry.
Box turtles should be offered vegetables and fruits everyday or every other day and insects and other invertebrates once or twice a week. Ornate box turtles can be offered insects two or three times a week and vegetables and fruits every other day. Make sure to remove old, uneaten food once the box turtle looses interest in it.

Commercial diets and pellets can be offered along with a raw diet, but generally aren’t as well-rounded as they claim to be and should not be the only food offered. Use high quality reptile vitamin and mineral supplements once every few feedings for adults, more often for juvenile turtles.

Explore our box turtle care section and find information on the following: 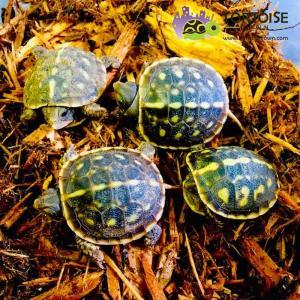 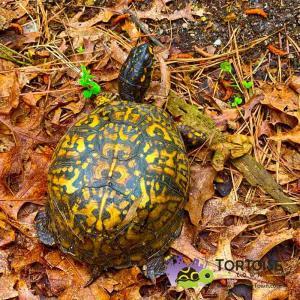 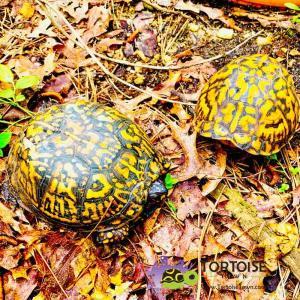 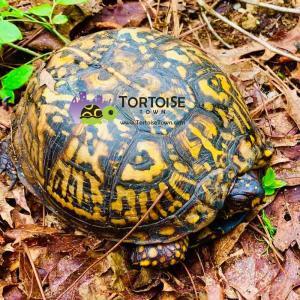 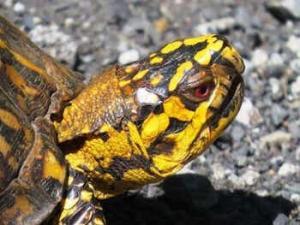