Mercury vapor bulbs of 150 watts provide an excellent basking situation for platynota and they emit both UVA and UVB rays.  MVA lamps do tend to lose the intensity of the UV quickly, so replace them every six months or so. Using these in combination with 10.0 UVB fluorescent tube doesn’t hurt. These bulbs work for both hatchlings, juveniles and adults but be careful with hatchlings. The powerful Mercury vapor bulbs can dry them out quickly. Keeping a relative humidity level of between 75 and 85% helps the tortoises stay well hydrated and aids in preventing excessive pyramiding of the shell. 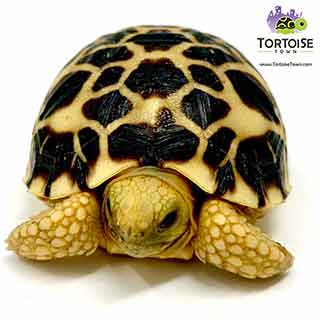 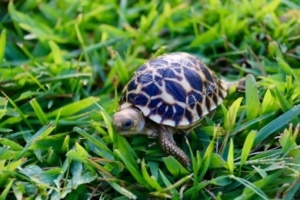 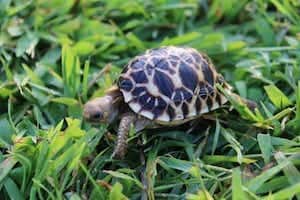