Captive-bred Russian tortoises (Agrionemys [Testudo] horsfieldi) should be the only pets when looking to purchase this species. They are less likely to harbor parasites and disease. They have not experienced the stress of capture that can strain their health. And they adapt to captivity easily given that they have known nothing else.

When selecting a tortoise to start your own breeding program, buying a captive-bred animal is the only way to go. Check out the background of any breeder you are considering buying from and set up the appropriate environment for your captives before every bringing them home. They should have indoor and outdoor access as needed.

A pet Russian Tortoise may commence its breeding rituals when it is large enough in size rather than when it reaches a particular age. These animals are long lived so holding back their breeding by separating the males and females, until they are older larger and healthier is sometimes beneficial for the breeding of a healthy clutch of hatchlings.

Mating is not seasonal; a tortoise may breed at any time of year. The male of the Russian Tortoise species can be aggressive and a little peculiar during the mating ceremony. It will circle the female tortoise again and again, while nipping at her face and legs. While doing this his gaze is fixated on the female tortoise and he jerks his head up and down as if saying yes, yes. Finally, the male turtle mounts the female from behind, producing wild squealing sounds as he does so.

If the female has become impregnated, she will lay a clutch of up to five eggs. These eggs must be kept in conditions which resemble those in the natural environment for them to hatch successfully. For a female tortoise who lives indoors a box packed with substrate mix will make a good nest for the eggs. For the tortoise who lives outdoors a large pile of sand mixed with garden soil will provide a comfortable place for the female to bury the eggs.

The hatchlings are slow to break out of the egg and it may take them up to 2 days to complete this process even if they are using the special egg tooth which has grown in their mouth for this single purpose. If the hatchlings have a yolk sac still attached to them when they emerge from the egg, these little creatures should remain in the incubator until the sac has absorbed, giving them extra nutrients after the hatching process.

To maintain the eggs at a temperature of 86F  it will be necessary to remove them from the nest and put them into an incubator like hovabator or artificial incubator into which a small metal bucket filled with water has been placed; this will help to create a good level of humidity for the eggs to hatch in. Eggs can be packed into a container filled with moist vermiculate after they have been removed from the nest; remove the eggs from the nest extremely carefully and do not turn them over or change their position at all. It has been said that low incubation temperatures produce male hatchlings, while higher temperatures during incubation produce female hatchlings. Whether this is true or not, the eggs should hatch within 8-12 weeks given the proper care. Candling the eggs can be done in dark room to determine if they are fertile or not.

During the two-week period before the turtles begin to eat, they will continue to live off the reserve nutrients from the yolk sac. To encourage the tortoises to drink after they have hatched it can be a good idea to wash them gently in a container of warm water.

A healthy female tortoise may lay two to three clutches of eggs per year, although the processes of impregnation and laying can also be influenced by the environment that the tortoise lives in. 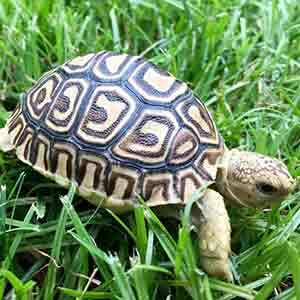 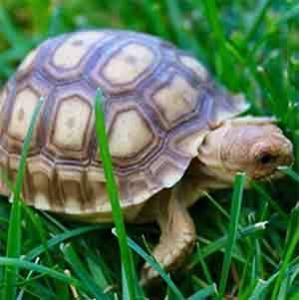 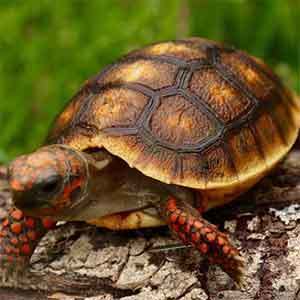 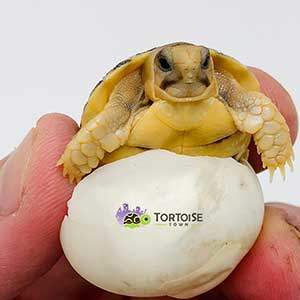 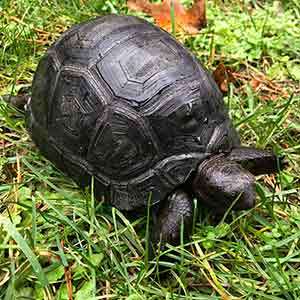 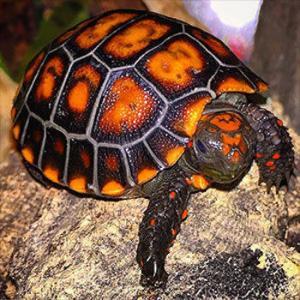 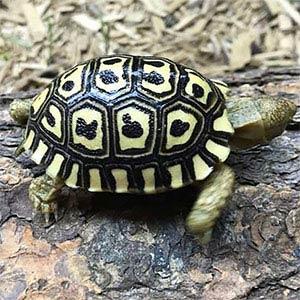 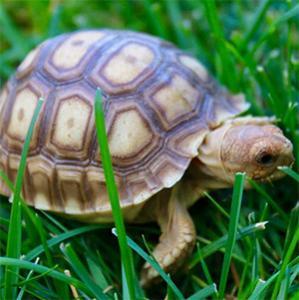 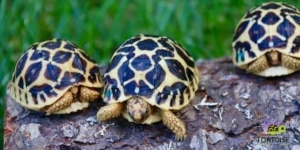